Would you like a side of badass with that? A Richelle Mead review

“I’d seen weirder things than a haunted shoe, but not many.

…There was a moment’s silence, then a high-pitched male voice snapped, “Go away, bitch.”

Great. A shoe with an attitude.”

Richelle Mead’s Storm Born is the first instalment in her riveting Dark Swan series, and is a work of pure genius and absurd humour. After all, who doesn’t love a touch of wackiness?

Storm Born follows shaman-for-hire Eugenie Markham who dedicates her life to protecting innocents from vicious creatures of a parallel universe—the Otherworld. Death threats and violence, she can handle—Eugenie wields a gun and shamanic magic with ease. In other words: a total badass. That is, until every Otherworldly creature is trying to get into her pants—the downside to an age-old prophecy. Eugenie is forced to confront her enemies, as well as the dark, unknown powers swirling within her.

Mystery, intrigue, betrayal, action and love. Storm Born has it all; complete with haunted shoes, a half-kitsune who gives a new meaning to the phrase “animal attraction”, and a fairy king with a taste for bondage.

Mead’s most recent venture is the mind-blowing Age of X series, which is set in the futuristic world nearly destroyed by religious extremists who unleashed a deadly virus. The Republic of United North America (RUNA) as a result banishes Gods from their society—but these Gods return with a vengeance, and it’s up to implant-enhanced super solider Mae Konskein and her genius (and alcoholic) partner Dr Justin March to maintain order with the utmost secrecy. On the other hand, Mead’s Georgina Kincaid series follows a reluctant succubus with a terrible love life but great shoes through a series of unexpected, dangerous and often heart-breaking events, though Georgina overcomes these through her sassy humour and intelligence.

Perhaps her most well-known venture, Mead’s best-selling young adult series Vampire Academy (which in 2014 was also adapted into a film) follows the snarky half-vampire guardian-in-training Rose Hathaway who is charged with the protecting the last Dragomir moroi (living vampire) princess Lissa Dragomir—who also happens to be her best friend—from a race of ancient, undead and bloodthirsty vampires—the strigoi. Meanwhile, in Vampire Academy’s spin-off series Bloodlines, witty, resourceful and pragmatic Sydney Sage is the protagonist. Sydney is an alchemist; a super-secret human agency which is tasked with concealing the existence of vampires. That is, until she falls in love with one.

Whether it be through brains, brawn or empathy, Mead’s characters prove ladies can kick butt—especially in a male-dominated, patriarchal world.

So, have you ever heard of a succubus who occasionally moonlights as a Christmas elf? An angel who drinks with demons and dresses like a homeless man? An overly-aggressive table? No? Read Richelle Mead’s masterpieces. You will be enlightened—thank me later. 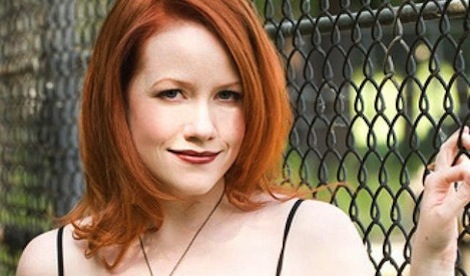 I give Richelle Mead 5 stars—for all of her books; because anything less would be an insult. Go forth, enlightened readers!